My time living in Pimentel is going great on the weekend a couple of friends and I decided it was time to explore the capital of the Amazonas region called Chachapoyas. It is one of those destinations that are world class but not fully tapped into. Its rather unfortunate that all the tourism in this country is all focused on the South region whereas there  are great destination in other regions with the country.

Chachapoyas is unique as it has its own type of Climate called the “cloud forest”; it’s as a result of low clouds and ever present fog, dumping heavy rain on the mountainous terrain. This was a weekend plan and hence was rather packed. We took an overnight bus there from Chiclayo on Friday night that took us 8 hours to get there on Saturday morning. After a short nap it was time to dive right in to what the city had to offer.

1st stop we opted for the Gotca Waterfalls. It is an incredible 771 meters (2,529 feet) high and was previously considered the 3rd highest whereas now it is ranked in the 15th place. We booked a tour that took us to a small village where you start you hike to the falls. On getting there the sun was out and blazing and I couldn’t imagine why everyone said it always rained here.

If you know me in any small way, you must know my level of laziness and my love for horses. So when given the option between hiking uphill for 2 hours and taking the horse, I definitely took the option of riding. I opted to go without a guide as I normally ride. To my surprise the horse are trained to not listen to commands and just do the same thing each day… how boring for them 🙁 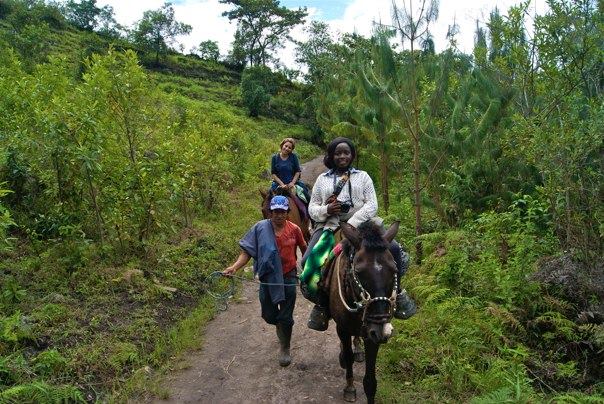 Well just before I go ranting about how great the falls were we had a storm 30 minutes in and it was a rather challenging ride in the rain. This however did not deter us, after we got as far as the horses could take us we continued by foot picking through our ponchos and rain jackets. 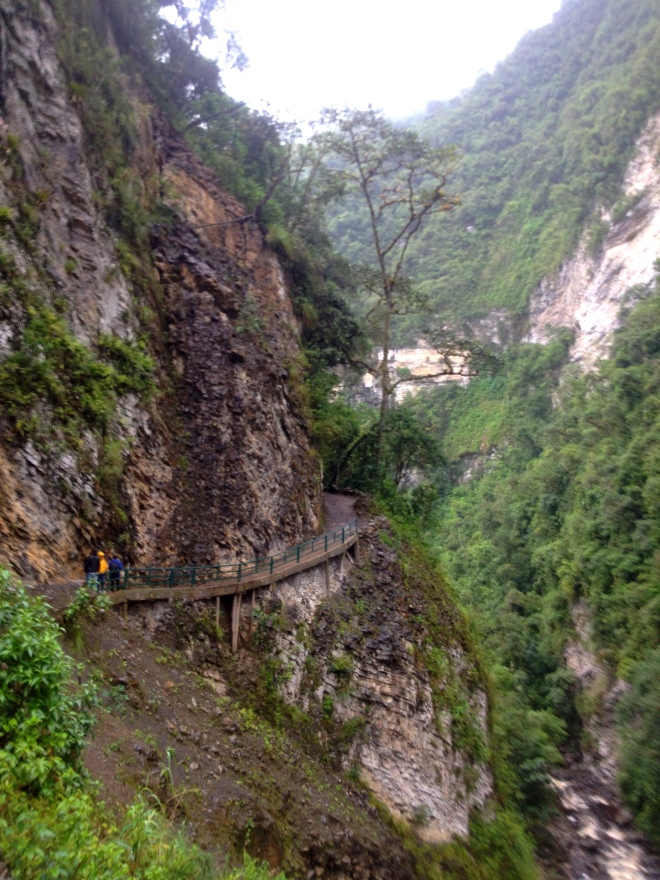 We finally made it to the Gocta and though it rained too heavily to get too close, it was a rather fun experience getting soaked in the rain and having an Inka Kola. Inca Kola is the coca-cola version in Peru that is yellow in colour. 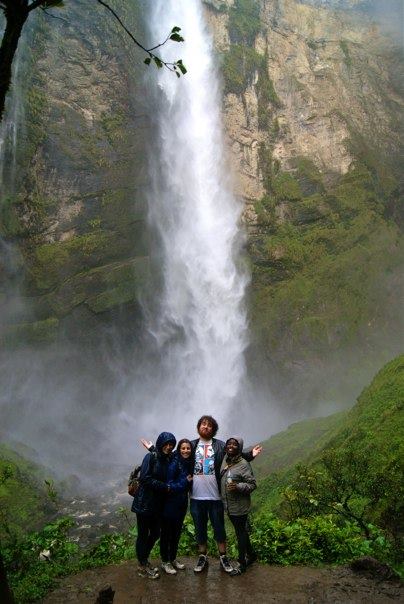 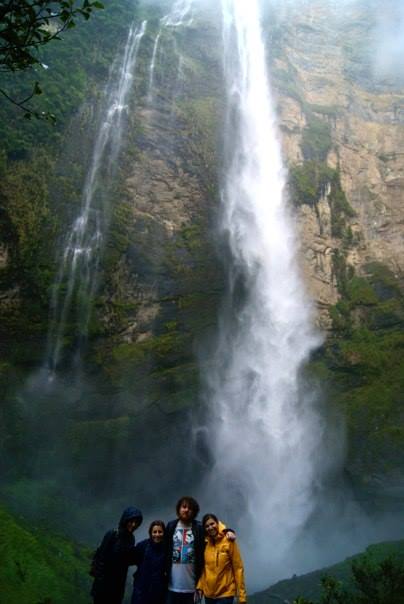 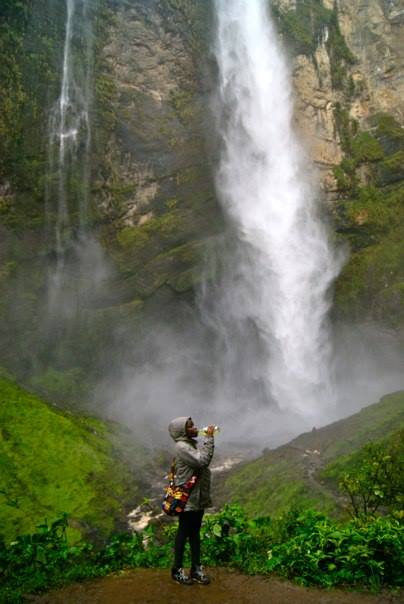 By the time we got back to the hostel all our clothes literally ALL, bra included were dripping. No rain jacket was water proof enough to survive it. So after having extremely tasty and healthy pizza delivered to us in the hostel due to floods, we called it a night and waited for what day 2 would offer us. We got up nice and early excited for day 2, after training from Gina (which was taught my mama dearest ) on how to wear wet shoes on dry feet we set off for Kuelap Fotress. 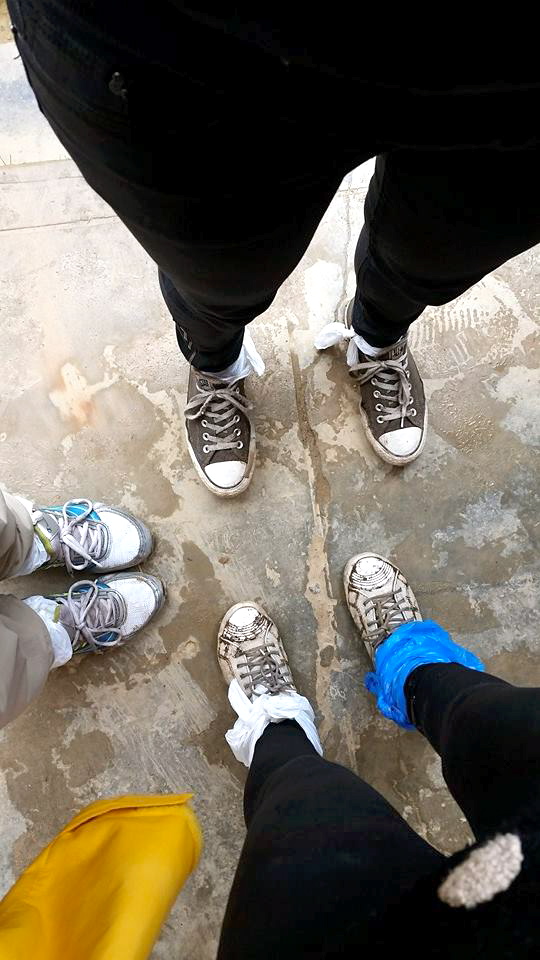 Kuelap is a fortified town built by the Chachapoyas culture starting 6th century and abandoned in the 16th century. The entire citadel is surrounded by perimeter wall of 1,900 meters with 3 entrances. It has been named as the “Machu Picchu of the North”. This is is too grand and not grand enough claim as it klacks the architectural and engineering of Machu Picchu while on the other hand its atmosphere beats Machu Picchu as it gives a vibe of having been discovered 3 weeks ago. The greatest appeal however is that you get to experience it all without fellow tourists.

As we had great weather our bilingual guide Jaime was great and took as a round the complex in no hurry. 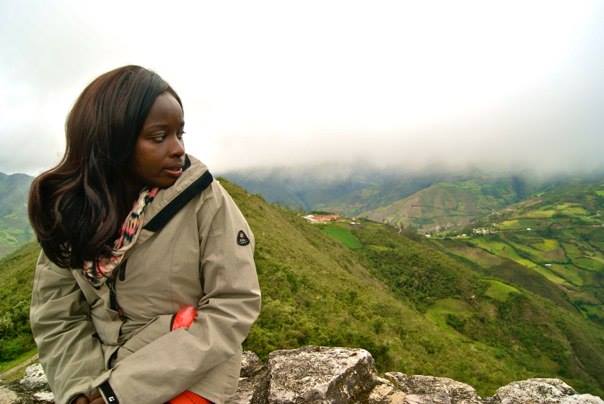 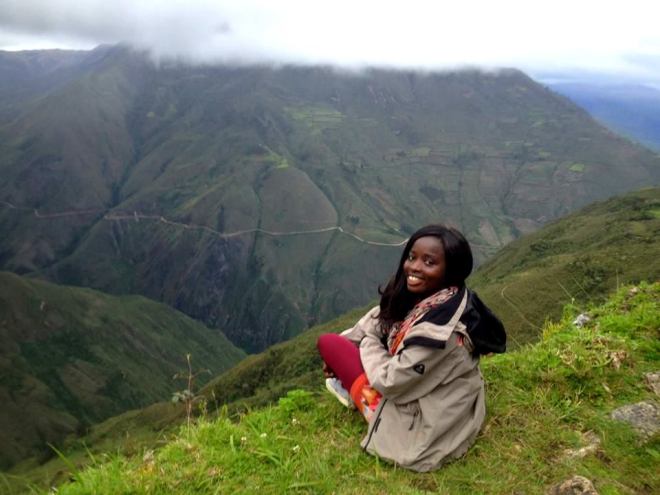 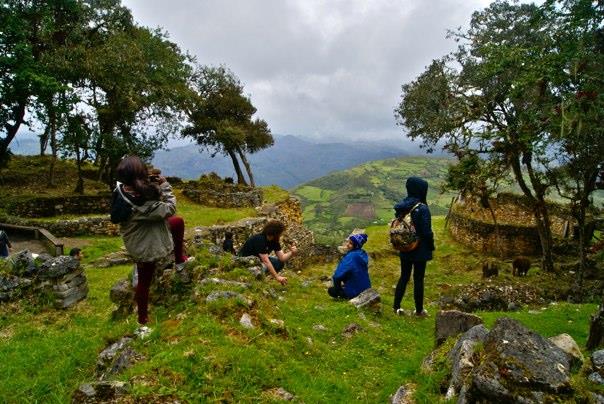 Oops we can’t have it all, at the last stop , the rain started pouring real heavy and so we poncho-ed up and went back to the car. This was a full day and as soon as we got back to the city and run run to the bus station to get our night bus as we all had work on Monday morning. 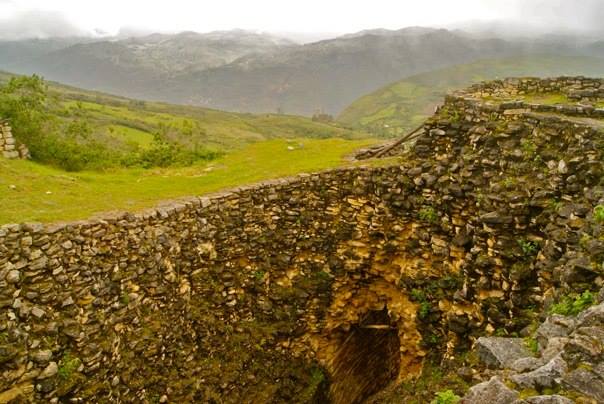 We definitely missed one more great attraction such as the :-

My mug of mate de coca to help with altitude 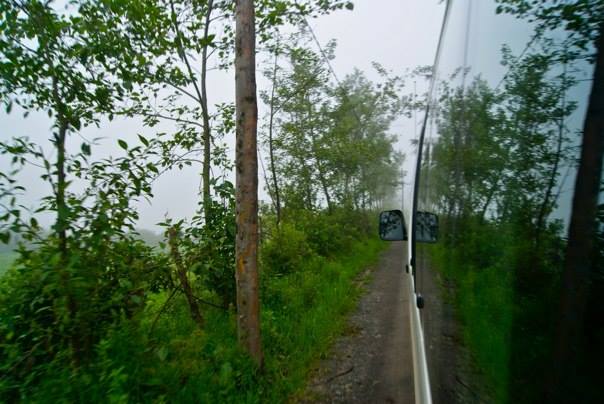 Getting back to Chiclayo from there was interesting to say the least. We were actually lucky as the group that had gone 2 weeks before had gotten stuck due to landslides for 12 hours of seating in a bus . The fun part was even if we got stuck for 2 hours and due to last minute booking we had separate seats for all us. Taking advantage of the fact that barely no one spoke English we had our very own “Never have I Ever” game which cracked us up and made song about the wet clothes situation. “Wet Clothes on the Floor – Chiclayo Chiclayo” sung Beatrice as Gina played the Ukulele, Caroline giggled softly in her seat and Daniel harmonized it all with his Irish hearty laugh. What was I doing? That’s a secret left on the bus. 🙂

This 3 people are making my life super duper exciting:- I heart them

For more adventures with me